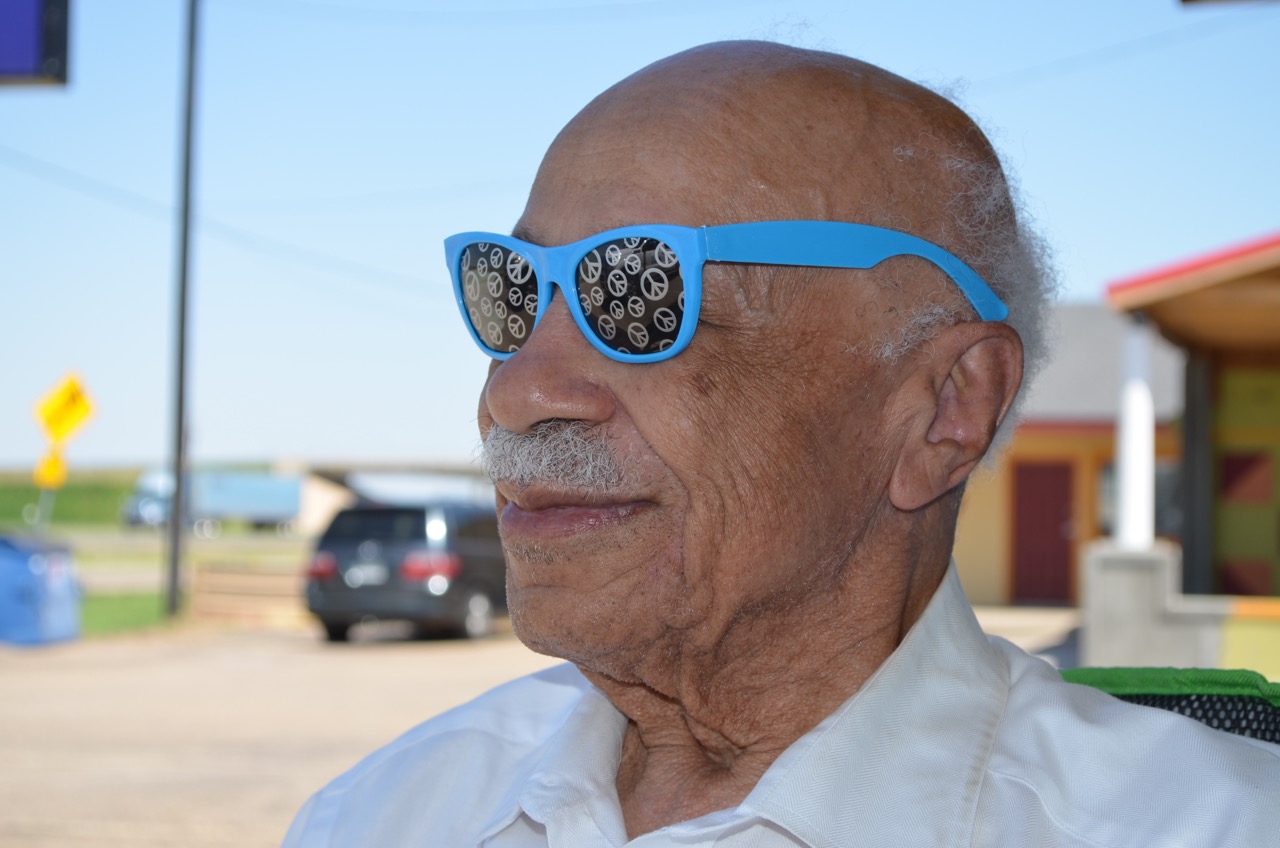 The day started with a magnificent sunrise and an early morning cab ride to News Channel 10 for an in studio interview with my bike. Courtney Olson, the cab driver/owner is the gold standard. Two minutes into the ride she’s shoving a $20 bill at me and insisting on making a donation to the 21st Century Dads Foundation.  FYI, the cab fare, including a generous tip, was only $28. The folks at the studio were also top notch and great human beings.  FYI, the video below indicates the Dads Honor Ride is 21,000 miles in 21 days.  For the record, it’s only 2,100 miles 🙂

It was a bright sunny day and I enjoyed the 100+ mile day riding with my oldest son Dave. We reached Shamrock, TX by 8pm just in time before Mitchell’s Restaurant closed. They literally have the world’s largest double hamburgers. The patties were each a pound or und and a half.
Speaking of half, it’s good to be on the back of this 21 day journey. So far, so good. A little sore in the saddle but feeling strong.

With AM anchor Angie Winn after the in studio interview.

Getting a little push from Lincoln to start the day.

They taking littering in TX more seriously than most states.

The crew staying in shape while the riders are pedaling their @*%#% off.

A typical scene along the way.

The rig at sundown

Is everything greener in Shamrock?

Nestled in the corner booth at Mitchell’s. L to r: with young Dave, Chris Miller (veteran rider and now crew member) and Lincoln.