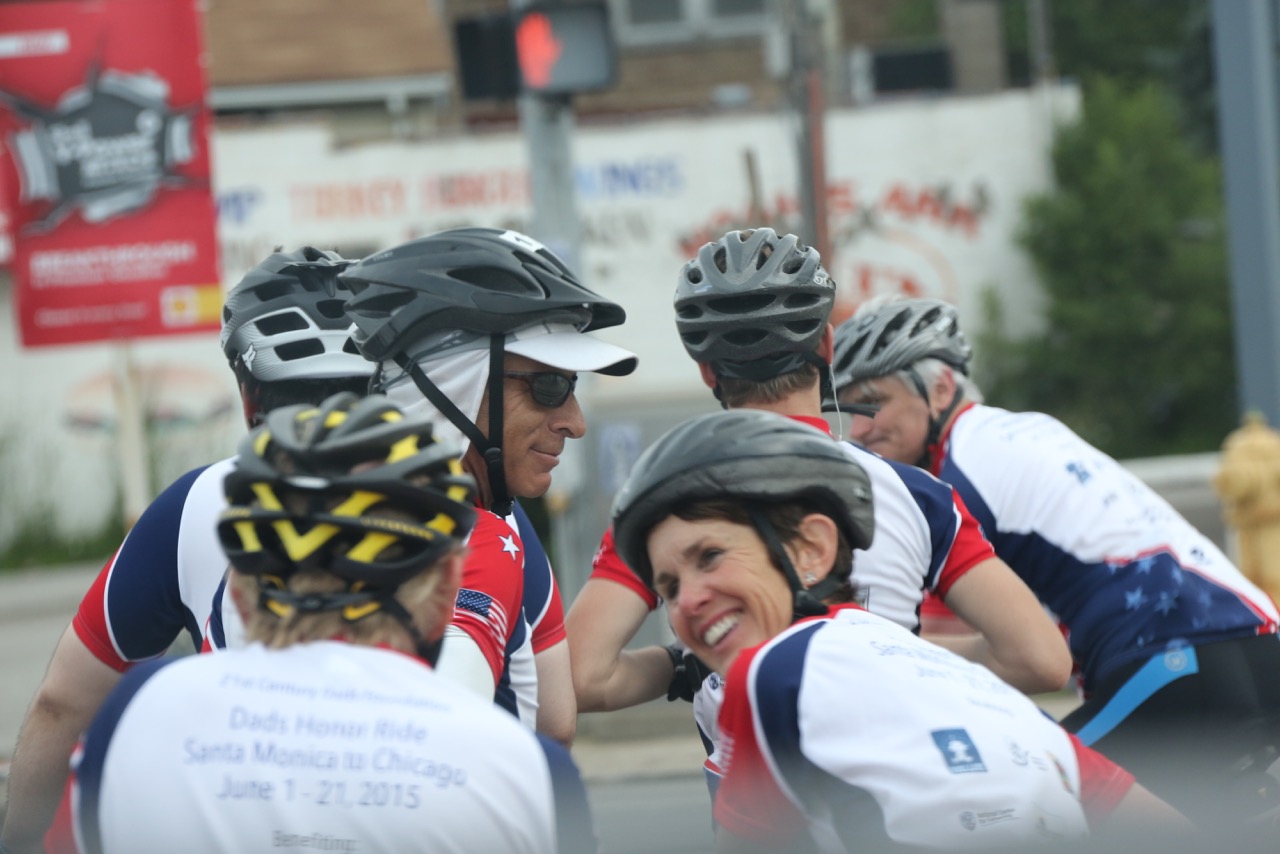 21 days and 2,325 miles later, the Dads Honor Ride has come to an end.  It’s been an amazing experience from a physical, emotional and spiritual perspective.

We had a total of six riders the last day including Dariusz Cupial, Patryck Wierzchucki, Jorge Solorio, Bob Lee as well as David and Peggy Hirsch.  It was a comfortable 37 mile ride from Monee to Chicago with modest temperatures, slightly overcast skies and no rain!!  Special thanks to the Chicago Police Department for providing a police escort to ensure an extra element of safety and the ability to keep rolling through red lights.   The riders and crew arrived at Progressive Baptist Church at 10:28am two minutes ahead of there scheduled arrival, which is amazing after traveling 2,325 miles over 21 days.  The riders were greeted by a cackle of media.  After some interviews and celebratory photos and at the invitation of Pastor Charlie Dates, Wilk and David had the opportunity to address the congregation at Progressive Baptist Church to wish them a Happy Father’s Day.  From there it was off to US Cellular Field (right next door) where the riders were greeted by DHR honorary chairman Tom Dreesen.  Special thanks to the Chicago White Sox for putting the Dads Honor Ride video on the Jumbotron for all the fans to see.  Once back inside the lobby we connected with DHR friend Jim Mullen and his family before being treated to a Chicago White Sox baseball game.  It’s good to be home. Special thanks to all involved.   Look form more updates in the days/weeks ahead.  Happy Father’s Day!!

Riders being greeted by the media outside of Progressive Baptist Church.

Being interviewed by Diane Pathieu of ABC7 Eyewitness News.

Great to be home and feeling strong!!!

Bumping into Barrington friends; Teresa, Patrick and Anna Donoghue going into the Cell.

From l to r; Lawton “Wilk” Wilkerson WWII vet and one of the original Tuskegee Airmen, David Hirsch and Tom Dreesen.

From l to r; Tom, David and Gary Grube (AKA: Big Brother).

It was an easy ride from Monee to Chicago, after riding 151 miles yesterday.