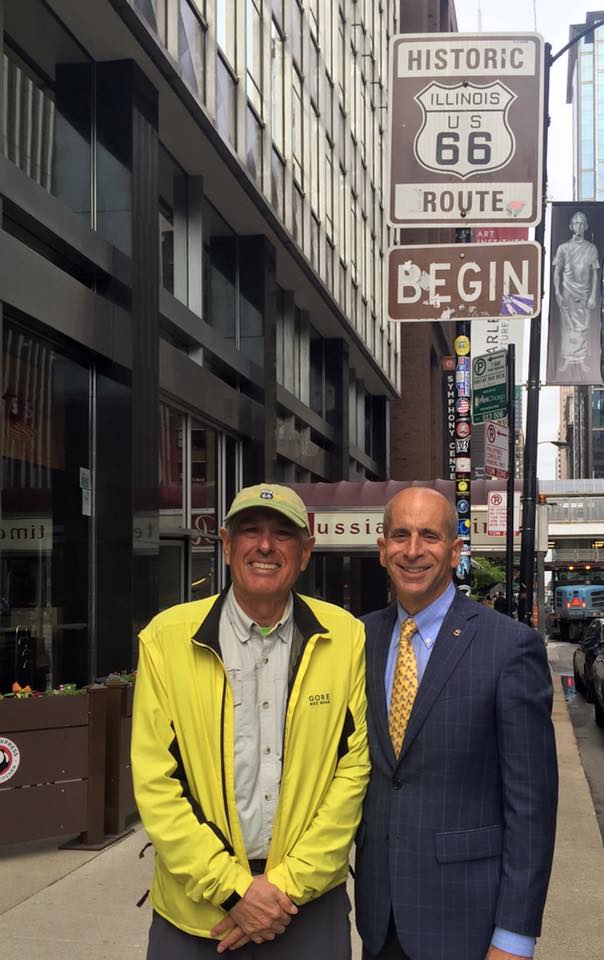 Congratulations to fellow endurance bike rider and Great Dad Coin recipient Mike Cruz (69) from San Diego who completed his 52 day, 2,500 mile, Route 66 bike ride from Santa Monica to Chicago. Mike encountered the Dads Honor Ride crew in Adrian, TX at the Mid Point Cafe on June 10th and he arrived in Chicago July 7th. He and David Hirsch enjoyed breakfast at Lou Mitchell’s, the famous Route 66 diner, took a photo at the Route 66 Begins sign, and then hit a few of the sites downtown. Bravo Mike!!!!

With the very outgoing Daniella our host.

In front of the Art Museum of Chicago, the beginning of Route 66.

At the Cloud Gate sculpture (AKA: the bean).

In front of Daley Center Plaza with the Picasso.

At the beginning of Route 66.

With Mike Cruz, solo rider from San Diego, who left Santa Monica May 17th and is scheduled to arrive in Chicago on July 7th.