Why Fathers Leave Their Children 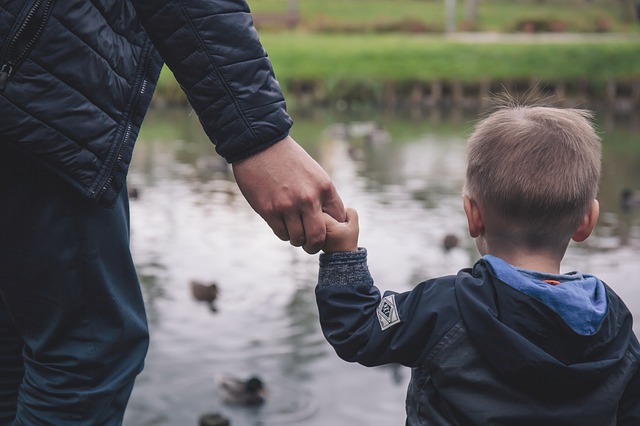 Millions of poor children and teenagers grow up without their biological father, and often when you ask them about it, you hear a litany of male barbarism. You hear teens describe how their dad used to beat up their mom, how an absent father had five kids with different women and abandoned them all.

The children’s tales often reinforce the standard image we have of the deadbeat dad — the selfish cad who spreads his seed and leaves generations of wreckage in his wake.

Yet when you ask absent fathers themselves, you get a different picture. You meet guys who desperately did not want to leave their children, who swear they have tried to be with them, who may feel unworthy of fatherhood but who don’t want to be the missing dad their own father was.

In truth, when fathers abandon their own children, it’s not a momentary decision; it’s a long, tragic process. A number of researchers have tried to understand how father abandonment happens, most importantly Kathryn Edin and Timothy J. Nelson, who moved to Philadelphia and Camden, N.J., immersed themselves in the neighborhoods there and produced an amazing account, “Doing the Best I Can.”

Pregnancy is rarely planned among the populations they studied. Typically the parents are in a semi-relationship that is somewhere between a one-night stand and an actual boyfriend-girlfriend bond. The couple use contraception at the beginning, but when it becomes understood they are “together,” they stop. They don’t really talk about pregnancy, but they sort of make it possible.

When the men learn that their partner is pregnant, they don’t panic, or lament all the freedom they are going to miss. On the contrary, three-quarters of the men in Edin and Nelson’s research were joyous at the news. The men are less likely than the women to want to end the pregnancy with an abortion.

The men at this stage are filled with earnest resolve. They begin to take the relationship more seriously and commit to the kid during infancy. According to the Centers for Disease Control and Prevention, black single fathers are more involved in their kids’ lives than white single fathers at this stage.

The key weakness is not the father’s bond to the child; it’s the parents’ bond with each other. They usually went into this without much love or sense of commitment. The fathers often retain a traditional and idealistic “Leave It to Beaver” view of marriage. They dream of the perfect soul mate. They know this woman isn’t it, so they are still looking.

Buried in the rigors of motherhood, the women, meanwhile, take a very practical view of what they need in a man: Will this guy provide the financial stability I need, and if not, can I trade up to someone who will?

The father begins to perceive the mother as bossy, just another authority figure to be skirted. Run-ins with drugs, the law and other women begin to make him look even more disreputable in her eyes.

By the time the child is 1, half these couples have split up, and many of the rest will part ways soon after. Suddenly there’s a new guy living in the house, a man who resents the old one. The father redefines his role. He no longer aims to be the provider and caregiver, just the occasional “best friend” who can drop by and provide a little love. This is a role he has a shot at fulfilling, but it destroys parental responsibility.

He believes in fatherhood and tries it again with other women, with the same high hopes, but he’s really only taking care of the child he happens to be living with at any given moment. The rest are abandoned.

The good news, especially from the Edin-Nelson research, is that the so-called deadbeat dads want to succeed as fathers. Their goals and values point them in the right direction, but they’re stuck in a formless romantic anarchy. They need help finding the practical bridges to help them get where they want to go.

People are rising up to provide that help. In Chicago the poet Harold Green has been championing fatherhood. Mayor Rahm Emanuel, a vocal leader in this cause, had Green recite his poem “Something to Live For” at his inaugural in 2015, and this Sunday the two of them will be appearing together to honor role model fathers on the South Side.

It would be great if society could rally around the six or seven key bridges on the path to fatherhood. For example, find someone you love before you have intercourse. Or, make sure you want to spend years with this partner before you get off the pill. Or, create a couple’s budget to make sure you can afford this.

The stable two-parent family is what we want. A few economic support programs and a confident social script could make an enormous difference in getting us there.