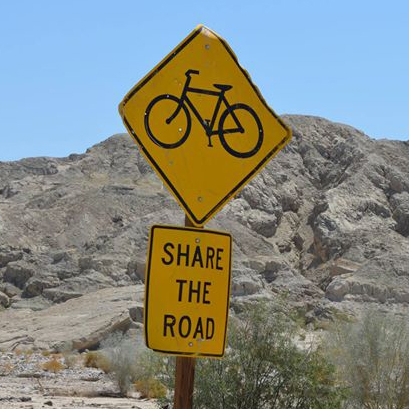 The day started out on a good note. The scenery and landscapes approaching Sedona and beyond are second to none. The morning rain wasn’t as big an obstacle as the climb up to Flagstaff. I’m not sure if it was more or less difficult getting up to Prescott, but it was challenging none the less. We arrived on schedule, at noon, at Flagstaff Medical Center to meet with the folks who run the Boot Camp for New Dads program and were fortune to get some media coverage. We also met with Albert Pooley, founder of the Native American Fathers & Families program, and his Fatherhood is Sacred colleague Shawn Taylor who has joined on as a rider for a few days. From there we all had a nice meal at Altitudes Bar & Grill. Just as we began riding it began to rain again. We were prepared for the rain, but not for the lightning. 15 miles short of Winslow, our destination for today, we decided to call it quits. Lon Haldeman and Bob Olson were right. You’re likely to have some the best and worst experiences in the same day. The scenery and climb up to Flagstaff were exhilarating. Meetings with two fatherhood programs and spreading the message was rewarding. Getting spanked down by the lightning and adding an extra 15 miles to tomorrow’s ride was depressing. Oh well, tomorrow is another day, right? Who would have guessed that riding 94 miles would have been disappointing?

Mugging with a not so happy construction worker.

Happy to draw awareness to the local Boot Camp for New Dads program.

Presenting another Great Dad Coin to Zak Farmer, an new dad. Also present are Shawn Taylor and Autumn DeLorne-Argent, the program coordinator for the BCFNDs program.

With Linda the owner of Altitudes Bar & Grill after a delicious meal.